May 24, 2017 Published Article
By Charles S. Krolikowski
Share This Page

In eminent domain cases involving the taking of property where a business is operated, the owner is entitled to compensation for the loss of goodwill.  While business goodwill can often be difficult to quantify, a recent decision by the California Court of Appeal in The People ex rel. Department of Transportation v. Presidio Performing Arts Foundation, Case No. A145278 (November 3, 2016) (Presidio), may help to ease some of the burden on business owners in making such compensation claims.  The Presidio court found that there is no single valuation method for quantifying business goodwill, and establishes that a business need not even be profitable in order to claim/receive compensation for its business goodwill.

What is Business Goodwill?

The injury to a business resulting from an eminent domain taking is not expressly compensable under State or the U.S. Constitutions.  Instead, the right to compensation for the loss of goodwill is created by statute. In California, Section 1263.510 of the Code of Civil Procedure provides that a business owner “shall be compensated for loss of goodwill,” where certain enumerated factors are satisfied.  Section 1263.510 defines goodwill as the “benefits that accrue to a business as a result of its location, reputation for dependability, skill or quality, and any other circumstances resulting in probable retention of old or acquisition of new patronage.”

In order to recover compensation for lost goodwill under Section 1263.510, the business owner must satisfy a two-step process.  First, the owner must present sufficient evidence to the trial court to establish entitlement to goodwill. If the owner meets this initial burden, the matter proceeds to the second step, in which the jury determines the amount of the loss and the compensation due.  In upholding this two-step process, the Court of Appeal in Presidio held that an owner need not quantify goodwill in order to establish entitlement in the first phase.  Such a holding is consistent with the remedial nature of Section 1263.510, which requires the statute to be liberally construed and creates a low threshold to satisfy the initial burden on business owners.

The Presidio Performing Arts Foundation (the Foundation) is a non-profit theatre in San Francisco that held a below-market lease provided in recognition of its charitable purpose.  The California Department of Transportation (CalTrans) began the Doyle Drive Replacement Project, a highway improvement, requiring the taking and demolition of the building in which the Foundation operated its theatre.  The Foundation was required to relocate to a less desirable location, which offered less space and cost the Foundation more in rent.  CalTrans issued a payment, in the amount of $107,000, to the Foundation as just compensation for the taking, but the payment did not include any compensation for the Foundation’s loss of business goodwill.

In the entitlement phase before the trial court, the Foundation presented evidence, through its expert witness, that although the Foundation had been operating at a loss, it nevertheless had goodwill before the taking, and its goodwill loss as a result of the taking amounted to more than $750,000.  Notwithstanding this evidence, the trial court found against the Foundation since its expert failed to prove a quantitative loss by calculating its pre-taking goodwill value (total business value less the value of its tangible assets) versus its post-taking value.

The Court of Appeal reversed the trial court’s decision, holding that for purposes of the threshold determination of entitlement to compensation, a party need only establish that the taking caused some amount of lost goodwill, but the party need not quantify the amount lost in the manner required by the trial court.  Further, contrary to the trial court’s ruling, the Court of Appeal held that “there is no single acceptable method of valuing goodwill.”  Thus the Foundation’s expert’s quantification of goodwill “was not invalid merely because he did not follow the steps or methodology idealized by the trial court.”

Presidio is an important decision because it clarifies the procedures required for a business owner to claim and establish entitlement to the loss of business goodwill.  In addition, as the Foundation in Presidio was operating at a loss, it appears that a business need not even be profitable in order to receive compensation for the loss of goodwill. 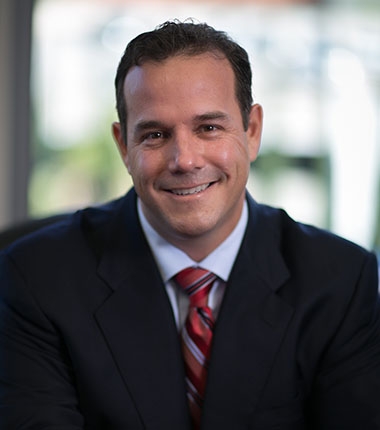