On October 1, 2021, the Ninth Circuit Court of Appeals ruled on a trio of cases involving COVID-19 business interruption losses, in a series of written opinions with results favoring the insurers.  Despite the slate of wins for insurers in this round of cases, these rulings are limited to cases where policyholders either did not allege the presence of COVID-19 on their premises causing “physical alteration” of the property itself, or had a virus exclusion in their policy, or both.  This leaves room for future cases potentially ruling in favor of coverage where the insureds allege the presence of coronavirus on the premises, and that there was a detrimental physical alteration of the property as a result.  To date, the Ninth Circuit has not ruled on such a situation.

The Ninth Circuit first considered a proposed class action brought by a children’s store operator, Mudpie.  Mudpie sought business income and extra expense coverage from Travelers after California and local authorities issued shutdown orders impacting Mudpie’s operations due to COVID-19.  (Mudpie, Inc. v. Travelers Casualty Insurance Company of America, Case No. 20-16858, --- F.4th --- (9th Cir. Oct. 1, 2021).)  Travelers denied coverage, asserting that the claim did not involve “direct physical loss of or damage to” property “caused by or resulting from a covered Cause of Loss.” Travelers also denied coverage under language excluding “loss or damage caused by or resulting from any virus…that induces…physical distress, illness or disease.”  Applying California law, the trial court agreed with Travelers on both accounts.

On appeal, the Ninth Circuit Court affirmed, holding that the claims as pleaded were purely economic losses that did not present allegations supporting a finding of physical loss or physical damage to covered property.  The Court concluded that since Mudpie’s physical premises were not alleged to be physically altered, it had alleged no covered loss, and the virus and government shutdowns caused no such alteration.  “Loss of use” or property “no longer suitable for its intended purpose” were insufficient allegations for coverage.  The Court emphasized that “California courts would construe the phrase ‘physical loss of or damage to’ [property] as requiring an insured to allege physical alteration of its property.”  (Emphasis supplied.)

The second case involved application of virus exclusions to COVID-19 claims in the context of a claim by a group of minor league baseball teams located in ten states, including California, who sued their insurers in Arizona federal court, claiming that they suffered business losses due to government shutdown orders.  (Chattanooga Professional Baseball LLC, et al. v. National Casualty Company, et al., Case No 20-17422 (9th Cir. Oct. 1, 2021).)  The trial court agreed with the insurers that the policies’ virus exclusions applied, excluding coverage of their claims, holding that the government shutdown orders were implemented to slow the spread of the virus.

On appeal, Plaintiffs argued that the virus exclusions were inapplicable because their losses were “attributable to other causes not implicated by the virus, including the attendant disease, resulting pandemic, government responses to the pandemic, and Major League Baseball (MLB) not supplying players.”  The Ninth Circuit focused on the causation standards that applied in the states where each team is located, including the efficient proximate cause doctrine in California, and found that all standards of causation supported application of the virus exclusions.

The Court explained that the government shutdown orders were implemented only because of COVID-19, and “although the attendant disease, resulting pandemic, and government responses’ might have affected the teams’ claims losses”, the COVID-19 virus was the efficient proximate cause that set the others in motion.  Therefore, the virus exclusion applied.

In its third ruling, the Ninth Circuit reviewed a trial court’s ruling dismissing a putative class action suit against Continental Casualty Co. in California in a case similar to Mudpie, and unsurprisingly reached the same conclusion.  (Selane Products, Inc. v. Continental Casualty Company, Case No. 21-55123 (9th Cir. Oct. 1, 2021).)  In Selane, the trial court had dismissed the lawsuit seeking coverage for COVID-19 business interruption losses, finding that the policyholder did not allege physical damage to its property caused by the virus.

On appeal, in an unpublished opinion, the Court found that the plaintiffs failed on two fronts:  First, Selane never alleged that the coronavirus was ever physically present on its property.  Second, in pleading that governmental stay-home orders caused it to suspend operations, Selane never “plausibly” alleged that the stay-home orders “caused its property to sustain any physical alteration.”   Because Selane had never alleged that the Coronavirus was present on, or that the virus or related shutdown orders resulted in “physical alterations” to, covered property, the Ninth Circuit concluded that Selane had failed to allege “direct physical loss of or damage to” property.

The Court also rejected the argument that the Policy’s microbe exclusion established that microscopic organisms could cause physical loss or damage to property and, therefore, by extension so could viruses.  Without allegations that COVID-19 was on the property, there could be no coverage.

Taken together, these cases clarify that – at least within the Ninth Circuit – a policyholder must specifically allege that the presence of COVID-19 on the insured property caused property damage.  The Ninth Circuit is traditionally considered to be receptive to policyholders’ plight in seeking coverage of claims.  Thus, the rulings could appear to be a disappointment to insureds who may fear future court challenges to claims for coverage of pandemic-related losses.  However, while insurance companies may try to argue that this trio of rulings support denial of coverage of future COVID-19 claims, not all Coronavirus coverage matters are the same.  Facts, claims and laws will vary by case and by state.  Even the Ninth Circuit is poised to reach a different conclusion in cases seeking coverage where policyholders allege that the virus was present at the insured property and resulted in a physical alteration of the property, as well as in cases involving policies with virus exclusions, where a cause other than the virus was found to be the efficient proximate cause of the loss. 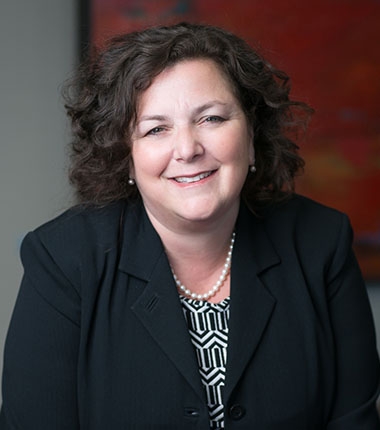