Force Majeure is the Soup D'Jour in COVID-19 America

“Shelter in place” orders from California Governor Newsom, many municipalities and counties, and numerous other jurisdictions, have brought most business sectors to a sudden and unexpected halt.  Businesses deemed non-critical are closed, while some businesses (like restaurants) may remain open with substantial limitations.  These “stay at home” orders are often inconsistent and contradictory, causing confusion and frustration for business owners, employees and the general public.  They also create a strong potential that businesses will not be able to meet their obligations under their existing contracts, like leases and other performance agreements.  Here are five tips to consider:

1.         Determine if the Contract Contains a Force Majeure Clause

Key Practice Point:   If your contract contains a force majeure clause, full and timely performance may not be necessary during the course of the COVID-19 emergency.

A force majeure clause, essentially, is a term in many agreements, under which the parties have agreed that if performance has been rendered impossible due to an event not due their fault, the failure to perform will not be considered a breach of the agreement.  California courts have expanded the application of force majeure provisions to excuse breaches when performance was impracticable, which is slightly easier to prove than impossible.  Performance of a contract is impracticable when proving performance can only be accomplished with “excessive and unreasonable” cost.

Key Practice Point:  Make sure you know what your contracts require and comply with them.

Many force majeure clauses contain additional requirements a party must satisfy in order to receive the benefit of that provision.  One common requirement is a notice provision, which requires the party seeking force majeure protection to notify the other party of the inability to perform.  Notice provisions may be unreasonably short, such as 24 hours.

Key Practice Point:  Even if your contract does not contain a force majeure clause, other provisions of law may apply of their equivalent.  For sales of goods, for example, the UCC contains provisions that may be applicable.

A contract drafted for the sale of goods will contain different clauses than a contract for the sale of services.  Under the UCC (a version of which has been adopted in most states and would be applicable to sales of goods), complying with government orders preventing performance of a contract that may provide relief from a business’ failure to perform obligations.  “Delay in delivery or non-delivery in whole or in part by a seller who complies with paragraphs (b) and (c) is not a breach of his duty under a contract for sale if performance as agreed has been made impracticable by the occurrence of a contingency the nonoccurrence of which was a basic assumption on which the contract was made or by compliance in good faith with any applicable foreign or domestic governmental regulation or order whether or not it later proves to be invalid.” See California Commercial Code §2615.

Key Practice Point:  Other possible legal theories, such as impossibility and frustration of purpose, may apply to your situation.

In addition to the impossibility and impracticability arguments set forth above, California also recognizes the defense based on “frustration of purpose,” which releases a party from its contractual obligations when an occurrence substantially destroys the very purpose of the contract. The party asserting frustration must prove that:

The key distinction from impossibility/impracticability is that the frustration must be experienced by both parties, meaning the change in circumstances must have rendered the contract pointless for both parties.

Additional defenses include “Lack of consideration”, a valid defense to a claim for breach of contract. Without mutual consideration, a contract is invalid and unenforceable.

5.         Was Performance of the Obligation Merely Delayed?

Key Practice Point:  Some obligations are more time-sensitive than others.

It remains unclear how long restrictions will remain in place.  As a result, we do not know how long any suspension of performance will continue under any contract.  While some performance of contract obligations may merely be delayed during this government mandated shut down, other obligations may be time sensitive and impossible to perform at a later date.  Additionally, a delay in performance of an obligation in one contract may impact the performance of obligations in other contracts.  These nuances will impact a business’ ability to raise the above mentioned defenses.

These tips are to be considered in a general review of your contracts, as force majeure and related defenses must be reviewed on a case by case basis.   Businesses should keep force majeure and other similar contractual implications in mind as the governmental “shelter in place” restrictions impact their ability to perform. 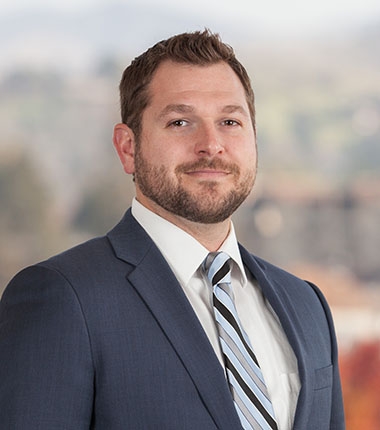