May 15, 2017 Published Article
By Thomas H. Reilly
Share This Page

In Mendoza v. Nordstrom, Inc., Case No. S224611 (May 8, 2017), the California Supreme Court clarified several long-standing issues arising under California Labor Code sections 550 through 5561,  which regulate the number of days per week that an employer may cause an employee to work and generally require that employees receive at least “one day of rest in seven.”  Specifically, the Court ruled that (1) a day of rest is guaranteed for each workweek, and periods of more than six consecutive days of work that span two separate workweeks are not per se prohibited; (2) Section 554’s exemption from the “one day of rest in seven” rule for employees working shifts of six hours or less applies only to employees who never exceed six hours of work on any day in an applicable workweek; and (3) an employer “causes” an employee to work more than six days in seven within the meaning of Section 552 when it induces the employee to forgo rest to which he or she is entitled, but not when the employer independently chooses to work on a day of rest to which he or she is entitled.  Employers with seasonal business fluctuations, which may result in employees working more than six days in a given workweek, should take note.

Section 551 provides that “[e]very person employed in any occupation of labor is entitled to one day’s rest therefrom in seven.”  Section 552 adds that “[n]o employer of labor shall cause his employees to work more than six days in seven.”  Section 554 creates limited exceptions to the general rule of “one day of rest in seven” for (1) cases of emergency; (2) work performed in the protection of life or property from loss or destruction; (3) common carriers engaged in the movement of trains; (4) employees in agricultural occupations covered by IWC Order No. 14; and (5) employees covered by a valid collective bargaining agreement that expressly addresses the rule.  Section 554 further provides that when the nature of the work reasonable requires, days of rest may be accumulated and provided in different workweeks, as long as the employee receives the equivalent of one day of rest in seven during each calendar month.  Section 556 creates an additional exception for part-time employees whose “total hours of employment [do] not exceed 30 hours in any week or six hours in any one day therein.”

Under Section 553, “[a]ny person who violates this chapter [regarding days of rest] is guilty of a misdemeanor.”  A failure to provide required days of rest in accordance with Sections 551 and 552 also exposes an employer to civil penalties under the Labor Code Private Attorneys General Act (“PAGA”), Cal. Labor Code §§ 2698 et seq.

In Mendoza, two former employees of Nordstrom, a barista and a sales representative, had occasionally worked more than six consecutive days to fill in for other employees, and in some cases their shifts were greater than six hours in a workday.  The employees filed a class action against Nordstrom on behalf of all nonexempt California employees, alleging that Nordstrom had violated Sections 551 and 552 by not providing statutorily guaranteed days of rest, and seeking penalties under PAGA.  Nordstrom removed the case to federal court on the basis of diversity of citizenship.  Following a bench trial, the district court awarded judgment in favor of Nordstrom on the grounds that “(1) section 551 guarantees a day of rest on a rolling basis, for any seven consecutive days, but (2) under section 556, the guarantee does not apply so long as the employee had at least one shift of six hours or less during the period.”  The district court further ruled that “Nordstrom did not ‘cause’ [the employees] to work more than six consecutive days because it did not force or coerce them to do so.”  After the employees appealed the district court’s decision, the Ninth Circuit Court of Appeals issued an order requesting that the California Supreme Court resolve the following unsettled questions under California’s “one day of rest in seven” rule:

In answering the Ninth Circuit’s questions, the Supreme Court performed a detailed textual and legislative history analysis and provided some welcome clarity for courts, regulators and employers.

1. When is a day of request required?

In answering the Ninth Circuit’s first question, the Supreme Court analyzed whether the protections afforded by Sections 551 and 552 apply on a week-by-week basis during the employee’s predefined workweek or on a rolling basis during any consecutive seven-day period.  At the outset of its discussion, the Court acknowledged that the text of Sections 551 and 552 is ambiguous and subject to either interpretation.  Based upon the legislative history and purpose of the provisions and companion language in the IWC Orders, however, the Court ruled that the “one day of rest in seven” rule must be applied on a workweek basis rather than a rolling seven-day basis:

“We conclude sections 551 and 552, fairly read in light of all the available evidence, are most naturally read to ensure employees at least one day of rest during each week, rather than one day in every seven on a rolling basis.

“We are unpersuaded by the concern that this reading of the statutory scheme will permit employers regularly to impose on employees schedules in which they may rest no more than one day in 12.  Section 554 provides employers and employees some latitude, but ensures that over the course of every calendar month an employee must receive ‘days of rest equivalent to one day’s rest in seven.’  (§ 554, subd. (a).)  If at one time an employee works every day of a given week, at another time shortly before or after she must be permitted multiple days of rest in a week to compensate, and on balance must average no less than one day’s rest for every seven, not one for every 12.”

2. How does the six-hour exception apply?

“If a single day of six hours or less were enough to eliminate seventh-day-rest protection, an employee could be required to work, for instance, six straight eight-hour days, followed by a single six-hour day, followed by six eight-hour days, followed by a six-hour day, ad infinitum.  Each week, the single, slightly shortened day would excuse the employer from providing an actual day of rest, and the day of rest statutes would be converted from a guarantee of a complete day of rest to a guarantee of at least one day of no more than six hours of work.  The exception would swallow the rule.  We have no reason to think that, when adding the 30 hours per week/six hours per day exception, the Legislature intended such a radical revision of the nature of the underlying protection, as opposed to a small relaxation for bona fide part-time employees.”

The Court further highlighted that the employee’s interpretation of the Section 556 exception was consistent with long-standing opinion letters and decisions of the Division of Labor Standards Enforcement and Industrial Welfare Commission.

3. When does an employer “cause” an employee to work more than six days in seven?

Last, the Supreme Court addressed the Ninth Circuit’s question regarding when an employer should be deemed to have “caused” an employee to “work more than six days in seven” in violation of Sections 552.  The employees contended than an employer “causes” its employees to work whenever it “suffers, or permits [them] to work a seventh day.”  Nordstrom argued that an employer “causes” its employees to work only when it “requires, forces, or coerces seventh-day work.”  The Court rejected both of these interpretations and, instead, concluded:

“[A]n employer’s obligation is to apprise employees of their entitlement to a day of rest and thereafter to maintain absolute neutrality as to the exercise of that right.  An employer may not encourage its employees to forgo rest or conceal the entitlement to rest, but is not liable simply because an employee chooses to work a seventh day.”

In analyzing the language used by the Legislature in Section 552, i.e. “cause . . . to work” rather than “suffer or permit to work,” the Supreme Court “decline[d] to conclude that in section 552 the Legislature attached not only liability for [overtime] wages, but also criminal liability, to an employer’s permitting an employee to work a seventh day.”  The Court summarized its ruling as follows:  “An employer cannot affirmatively seek to motivate an employee’s forsaking rest, but neither need it act to prevent such forsaking.”

Following Mendoza, it is clear that the Labor Code’s “one day of rest in seven” requirement is imposed on a workweek basis, and not on a rolling seven consecutive day basis.  Moreover, under Section 554, “when the nature of the employment reasonably requires that the employee work seven or more consecutive days,” Sections 551 and 552 are not violated as long as “in each calendar month the employee receives days of rest equivalent to one day’s rest in seven.”

It is also clear that the Section 556 exception is limited to bona fide, part time employees whose total hours of employment do not exceed 30 hours in the workweek or six hours in any one day during the workweek.  Both requirements must be met, and the exception cannot be activated merely by assigning one day of work with less than six hours.

It is less clear how the Supreme Court’s “cause to work” interpretation will be applied.  After Mendoza, we know that “cause to work” under Section 552 does not mean “suffer or permit to work.”  Rather, when an employer apprises an employee of his or her right to time off and maintains “absolute neutrality,” Section 552 is not violated if an employee voluntarily works a seventh day in a workweek.

It should be apparent, however, that “absolute neutrality” is a slippery slope.  Any action taken by an employer to encourage or persuade an employee to work a seventh day in a workweek would vitiate the employer’s argument that the work was not “caused” by the employer.  In all cases, the “absolute neutrality” test will create difficult proof problems for employers.  For this reason, even after Mendoza, prudent employers will seldom rely on the last ditch argument that they did not “cause” an employee to work a seventh day.  Rather, employers who require a seventh day of work on a limited basis will seek refuge in the more workable exemptions created by Section 554, i.e., when “the nature of the employment reasonably requires that the employee work seven or more consecutive days, if in each calendar month the employee receives days of rest equivalent to one day’s rest in seven,” and by Section 556, i.e., when “the total hours of employment [do] not exceed 30 hours in any week or six hours in any one day therein.”  Moreover, whenever a non-exempt employee works seven consecutive days in a workweek, the employer must be certain that applicable daily overtime premiums are paid, i.e., time and one-half for the first eight hours of work and double time for work in excess of eight hours.

1Unless otherwise noted, subsequent references to code sections in this article are to the California Labor Code. 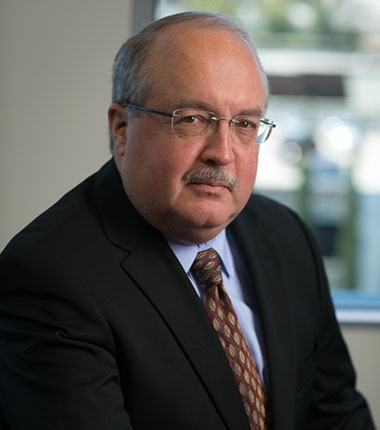